By outsourcing content, you can reduce the burden of having to write all your content and have more time to focus on growth strategies as well as marketing. Saving money is only one reason why you may want to think of outsourcing. Some of the most influential and successful bloggers understand that outsourcing content helps in making their content more focused and reader-friendly. 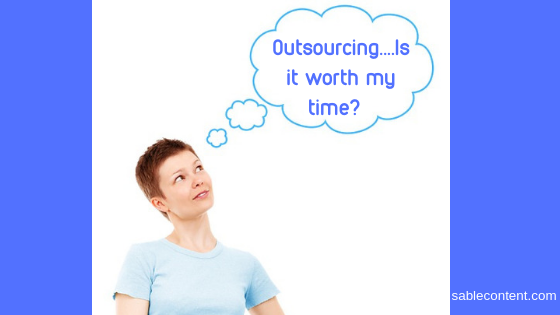 John began by making podcasts targeting inspiring new entrepreneurs. Today, John sells his own products, mainly e-Books and online courses. His podcasts are good for those who wish to learn more about running their own online businesses. His other sources of income besides courses, books, and podcasts include commissions for products promotion.

His website has 3 virtual team members as well as a small group of independent contractors who are key to success in everything created. John advises that branding your website helps in gaining the sponsor’s trust, and therefore, bloggers and site owners should focus on branding

Carol Tice’s blog is packed with tips designed to assist freelancer writers “make a living writing.” In 2010, 2012 and 2013, her blog, “Make a Living Writing” got named in Write to Done’s annual contest as one of the Top 10 Blogs for Writers. In 2014 and 2015, it was also named among 101 Best Websites for Writers in Writer’s Digest’s.

A freelancer and top blog content writer for over a decade, Carol has built up a formidable reputation for encouraging old and new writers to actually get paid what they are really worth. Additionally, Carol also manages a platform she calls “Freelance Writer’s Den”. This is a members-only, paid forum where other experienced writers offer advice and information to newbies.

This is the founder of Copyblogger, which he began in 2006 as an online resource for entrepreneurs who wanted to learn about being better content marketers, copywriters, and everything “content.” Since then, Copyblogger has grown into an authority on how to create killer web content.

As the influence of Copyblogger grew, Clark began partnering with other experienced entrepreneurs in expanding his offerings.  He advises that it can be tempting for a blogger or entrepreneur to make the fast buck, but it should always first be about the audience.

Michael was named by Time Magazine in 2008 as “One of the World’s 100 most influential people”. After realizing that he had a passion for the world of startups, Michael decided on starting TechCrunch.com. This is where he reviews and profiles the best up-and-coming tech entrepreneurs and companies from around the world.

The company is estimated to have over 50,000 contributors who are active on its platform. TechCrunch has grown to become one of the tech industry’s most widely read blogs, and largely because of that, it was acquired for $30 million by AOL. Today, Michael Arrington is still considered to be an industry mover and shaker.

Currently, Darren is a full-time blogger who began making money through affiliate programs, advertising deals, adsense, and an e-book. Being a former minister with varied interests that include photography, reading, food, movies, and wine, Darren has all the ingredients of what makes a successful blogger. His website, Problogger is dedicated to assisting other bloggers.

The aim of ProBlogger is to resource bloggers in order to improve their blogs and in the process boost their potential earnings. In addition, ProBlogger features other writers, has a series of e-Books, a podcast, and a job board for current and aspiring blog writers.

Content outsourcing is a proven strategy that has the potential of greatly boosting your website. We strongly support this principle and that is why outsourcing services form the core of our business. We produce content that easily integrates into your site and our experts are professionals in what they do.

Feel free to talk to our friendly team today to discuss your content requirements.
0Shares